Azulejos: Lisbon’s tiles tell the tale of its history 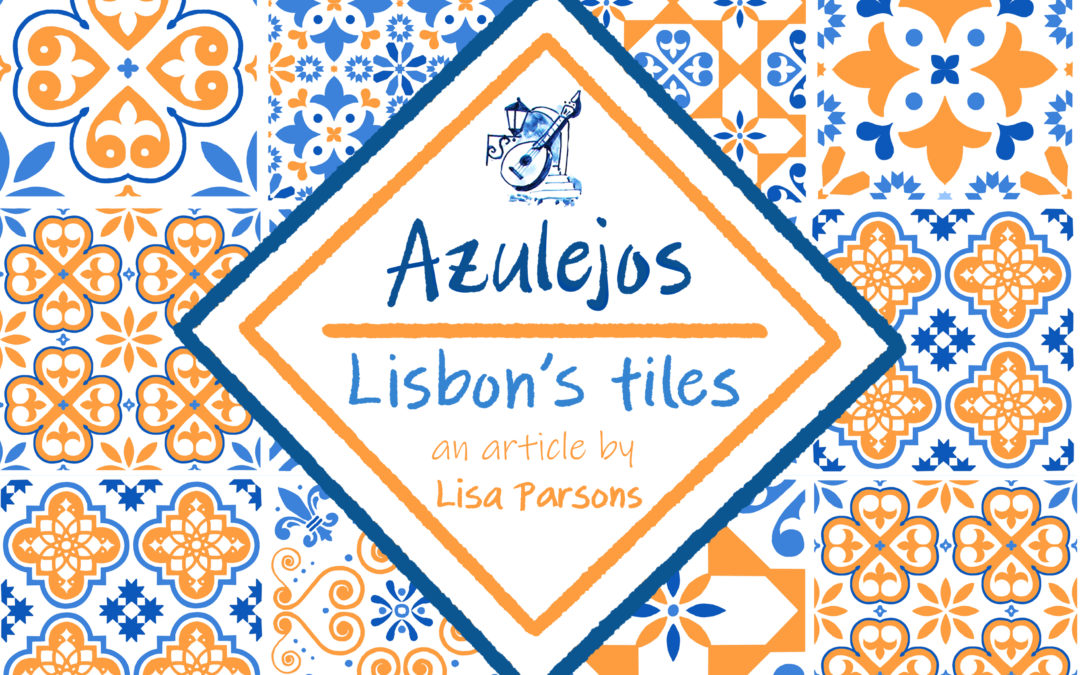 When you wander the streets of Lisbon, there is undoubtedly one thing that will catch both the light and your eye—the beautiful, decorative tiles that cover walls, churches, buildings and metro stations. These are called azulejos and far from being merely a pretty decoration, these tiles are closely linked to Lisbon’s history. In their changing designs, you can follow the progression through the centuries that has led to the Lisbon we know and love today. 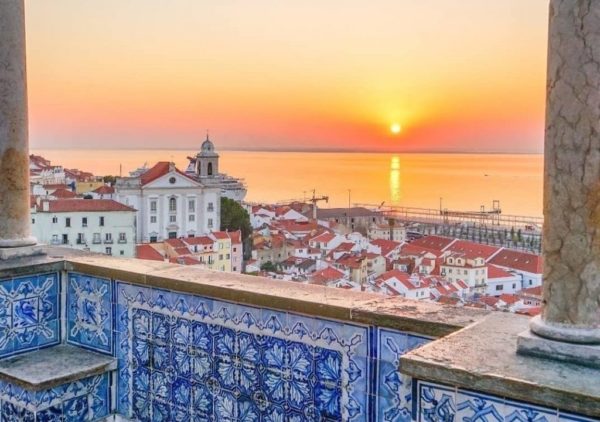 What does azulejo mean?

The word azulejo is derived from Arabic and means ‘small polished stone’. 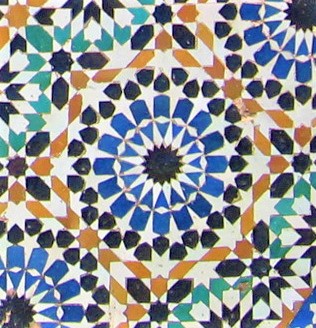 Where do azulejos come from?

Glazed tiles date back to the 27th century BCE in ancient Egypt and Mesopotamia but they only reached Europe much later.

13th C – The Moors occupied the Iberian Peninsula and brought with them their decorative arts. One such art was the glazed tiles that covered their mosques and buildings. These were first introduced to Spain but when King Manuel I of Portugal visited Seville in 1503, he really liked what he saw and brought the tiles back to Portugal with him. 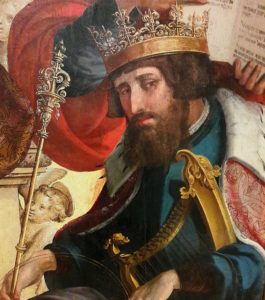 16th C – According to Islamic law, the Moorish tiles were not allowed to depict humans so they were decorated with geometric patterns. In the 16th century, however, the Italian maiolica technique was introduced to Portugal, which involved tin-glazing the pottery and enabled more complicated and figurative designs. 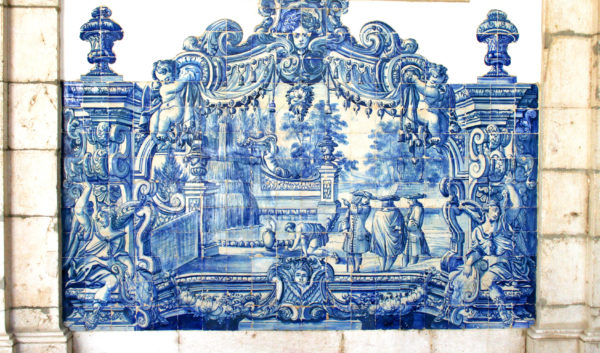 17th C – The Dutch started to imitate the Chinese porcelain with blue and white designs, which then took off in Portugal and is very apparent today in Lisbon’s streets. The 17th-18th centuries became the Golden Age of the Azulejo, where they were produced more than ever before and were also influenced by the Baroque and Rococo styles. 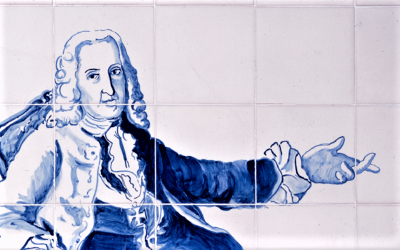 18th C – In 1755, there was a great earthquake, tsunami and fire in Lisbon that destroyed large parts of the city. The Marquis of Pombal was put in charge of rebuilding the city and the azulejos took on a more functional style known as Pomabline. 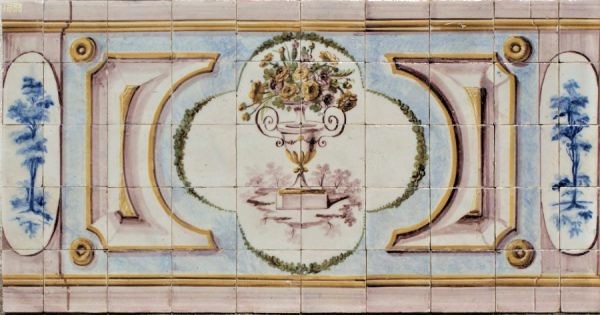 20th C – Art Nouveau and Art Deco styles came into fashion in the 70s and 80s, and various artists were commissioned with decorating the walls of the Lisbon metro stations with azulejos, which you can see in abundance today.

21st C – That brings us up to current times, where you can admire tiled murals made by contemporary artists almost everywhere you look.

What are the features of azulejos?

Originally, they were decorated with geometric figures. Later, birds and leaves inspired by Asian fabrics and porcelain were used, as well as animals and humans. Scenes began to tell stories and great tapestries of tiles filled churches and walls. The dominant colours of azulejos are blue, yellow, green and white, but after the Dutch brought the blue and white style from the Ming Dynasty in China, these became in vogue and are now the most predominant colours seen in Lisbon.

Where can I see azulejos in Lisbon?

Take any metro line and you are bound to see various azulejo designs by local artists in many of the stations.

Other places to see them:

Or you can just walk the cobbled streets of Lisbon and you’re bound to stumble upon them.

Where can I buy azulejos in Lisbon? 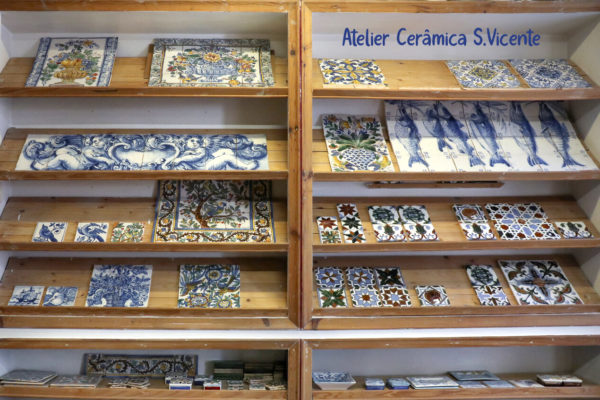 If you would like to buy tiles from some of the best manufacturers and maybe even get to see them in action, visit:

What is their cultural importance?

Azulejos have been a part of Portuguese culture for centuries. They tell the story of Portugal’s history, as well as its religion and culture. As Portugal became more renowned for its tiles, there developed a trend among wily entrepreneurs to steal tiles off walls and sell them. Luckily, Portugal has now instituted laws to protect this iconic piece of heritage. In addition to the decorative and story-telling function, these tiles also keep houses cool in summer and decrease humidity in winter.

Another thing they do is reflect the light. You will notice as you stroll down the streets of Lisbon great sparkling areas of light reflecting throughout the city. These are the azulejos shining a light on the history of the city. 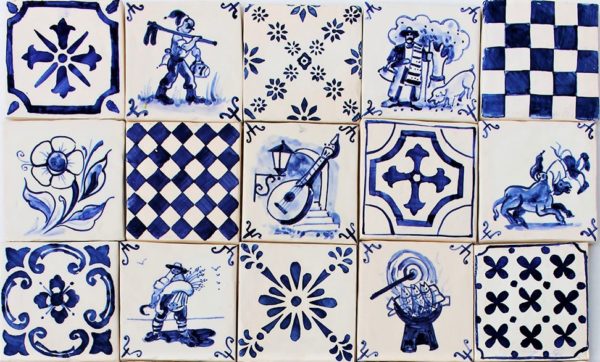