The Voice of Lisbon: Fado 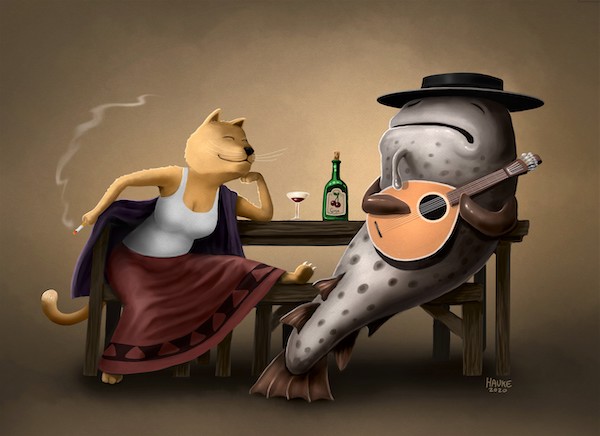 The Voice of Lisbon: Fado

Art has the power to break the boundaries of language and culture. Sometimes you don’t need to understand something to feel it. This is true of visual art and this is especially true of music. One such art form, originating from the working-class dockside neighbourhoods of Lisbon, is Fado music.

While iconic pictures of Lisbon in your mind’s eye may appear in the form of the famous trams, ships in the dock and pastéis de nata (Portuguese egg tarts), the iconic sound of Lisbon is incontrovertibly the haunting, mournful sounds of Fado.

Officially recognised in 2011 by UNESCO as part of the Intangible Cultural Heritage of Humanity, Fado music first appeared in the taverns and brothels of the Alfama district in Lisbon around 1830. It was a way for the working-class to sing of their daily troubles and offered a sort of cathartic release to free people of their angst and woes. Many themes deal with the dangerous sea voyages and the loss of loved ones, as sailors’ families inhabited the Alfama district.

Fado, meaning ‘fate’, encompasses the feeling of saudade (or longing) in a sung lamentation, and has become synonymous with Lisbon culture. It is sometimes called ‘the blues’ of Portugal. The performance is traditionally comprised of a solo singer (or fadista) accompanied by a couple of guitars, one of which is the 12-stringed Portuguese guitarra.

The original symbol of Fado was a beautiful prostitute named Maria Severa, who would perform her haunting melodies in her mother’s tavern. Tragically, she died at age 26 of tuberculosis. Fadistas to this day wear a black shall out of respect for this original icon with the beautiful voice. 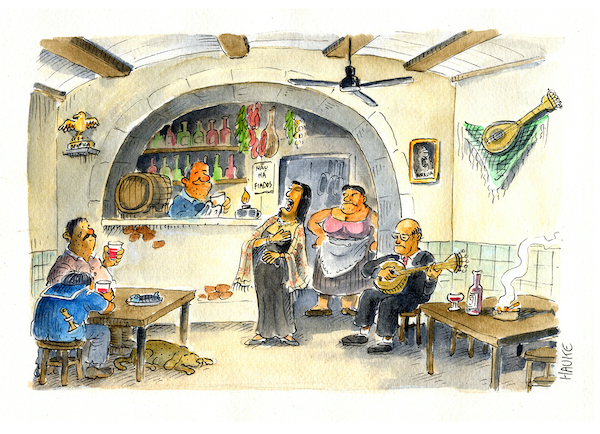 The most famous Fado singer is undoubtedly Amália Rodrigues, the so-called ‘Queen of Fado’ and the first fadista to perform on-camera and take this traditional music style beyond Portuguese borders. Coming from a background of selling oranges and lemons to taking a treasured part of Portuguese culture to the world, Amália was loved by her people. So much so that the country went into three days of national mourning upon her death and her funeral was attended by 100 000 people. 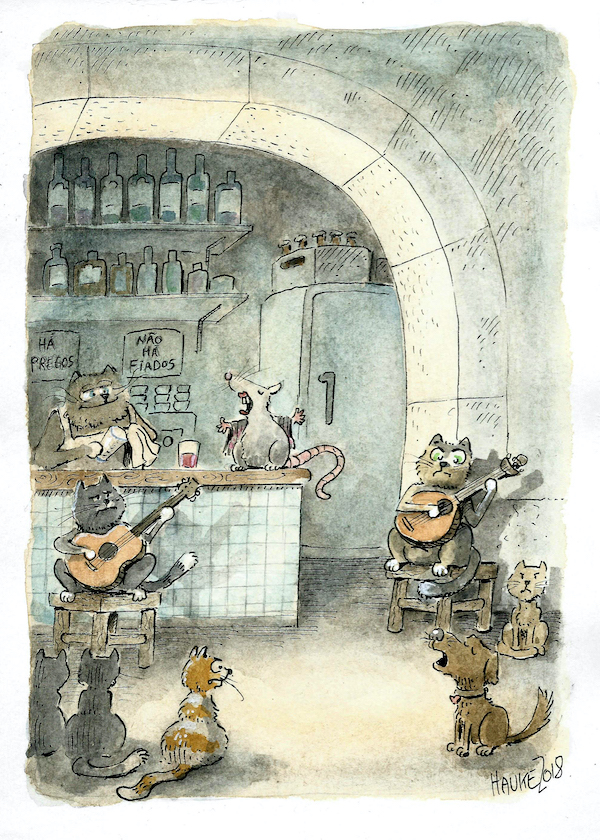 Modern-day stars include Ana Moura, Carlos de Carmo and Mozambique-born Mariza. There is a documentary on Youtube called Mariza and the Story of Fado, starring this contemporary Fado singer and offering an interesting insight into the history of Fado.

Where can I see Fado?

Casas de Fado (Fado houses) are dotted throughout the alleys of Alfama, Mouraria and Bairro Alto and play host to upcoming as well as seasoned fadistas. You can see a performance at either a more economical tasca (serving tapas and wine) or adegas (restaurants that do full, and sometimes pricey, meals). 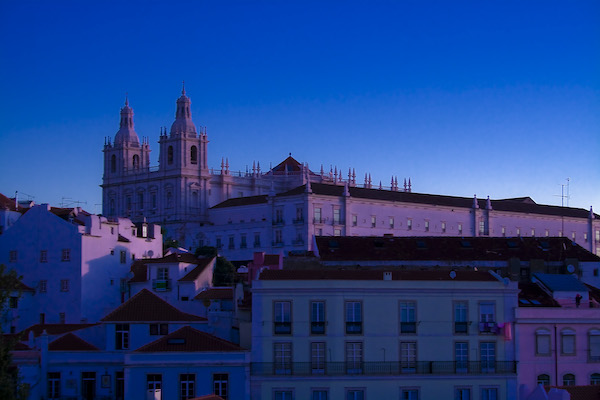 What should I know?

Silence is not golden. It’s required.

There is a very set etiquette when it comes to Fado performances. You don’t talk, order drinks, clank cutlery. You appreciate. This is easy because once you hear the beautiful and bewitching sounds and see the passionate performances, you will be completely spellbound and unable to move. This also helps if you happen to be lacking in conversation topics with your dinner partner. ☺ 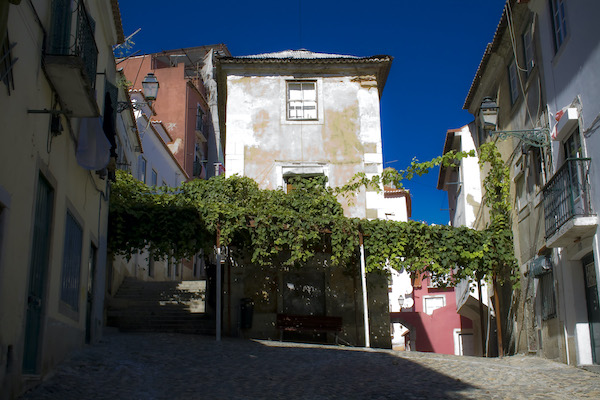 These are just a few options. There are many places to see Fado and sometimes the best option is to just wander through the alleys of Alfama and find the cosiest-looking place. You’re sure to discover some treasures.

This is a small bar decorated with framed portraits of local stars. Here, you can order tapas and wine to accompany the performance. On Mondays and Wednesdays at 9pm, there is Fado vadio – where non-professionals step in off the street to share their lyrical lamentations with the crowd. 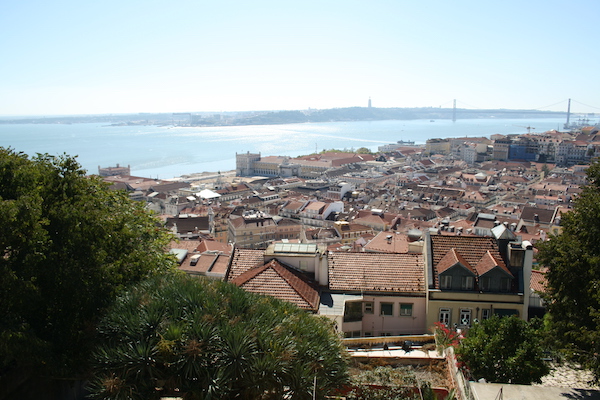 Founded in 1937, this famous Fado house in Bairro Alto offers the traditional meal and Fado option. Alternatively, you can go a bit earlier and get a sample size of Fado. Fado Inside The Box happens every day at 5pm, where two singers will take you on a whirlwind journey through Fado history, performing songs from the most traditional to modern-day numbers. Affordable and including a glass of wine and some snacks, this option will suit those tight on time and budget.

Only just surviving the earthquake of 1755, this Renaissance mansion in Alfama is now one of the most elegant and classy places to view Fado in Lisbon.

This restaurant in Alfama was formerly a chapel and still has the original tiles and murals. You will get a more intimate performance here as the singer walks between the tables, allowing everyone a moment of front-row performance.

For something even more intimate, head to this hole-in-the-wall where the owners, Ana Marina and Duarte Santos, triple as your chefs, servers, and performers.

This is a more informal Fado house where you can order snacks and share-plates and enjoy up-and-coming fadistas flexing their vocal cords from Tuesday to Sunday between 8:30pm and 11:00pm.

While the songs are all sung in Portuguese, the meaning is felt at a level deeper than language. The sound of Lisbon hits a universal chord and has to be experienced to be appreciated.

Lamentably, Fado houses are currently closed due to the pandemic situation. If the fates allow, they will be opening up soon, but in the meantime, you can still get a piece of Lisbon art to place on your vision board for future travels, or to reminisce over your time in Lisbon. Lisbon-based artist, Hauke Vagt, produces original drawings of cultural aspects of everyday life in the streets and alleys of Lisbon. His most famous piece depicting the iconic Lisbon tram became the label of one of Portugal’s most popular wines, Vidigal Winery’s Porta6. For unique posters or postcards of Fado, Porta6 or other Lisbon scenes, click here.